Throughout the course of the game, there are bonus challenges for a particular play style. Accomplishing three of the same challenge type unlocks a special costume with different effects on gameplay. There are seven outfits:

Path of the Ninja 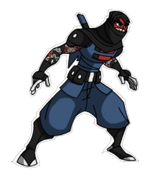 "The traditional garb of the Hisomu clan has served us well for hundreds of years."
—Ora

The traditional clothing and equipment of clan Hisomu.

Path of the Mark 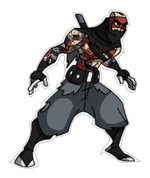 "You've received the final mark; your senses are keener and you can move so quickly it's as if you've vanished in the blink of an eye, however, you won't be able to carry as much equipment."
—Ora

You can use the Mark of Serenity but you must leave behind Distraction Items. 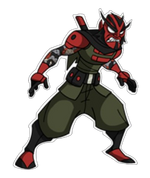 "Steel plates sewn under your sleeves will protect you from harm and make it easier to knock down your enemies, and any time you sneak up and kill a foe you'll recover your strength, but the heavy armor will make it more difficult to still your mind and focus your aim."
—Ora

Path of the Hunter 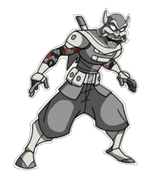 "This cloth is infused with a reagent that calms and focuses the mind; you'll always strike true with your sword, but the cut of the cloth makes it hard to adjust your gear. Once you stock up for a mission, you won't be able to replenish your supplies."
—Ora

Two Attack Items can be carried, and active Stealth Kills will automatically succeed; however, items will not be replenished at checkpoints.

You have two attack items, but this will mean that you will no longer have a distraction item. 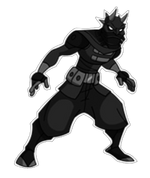 "This rich dark fabric absorbs light and these softened tabi let you run without making any noise at all. You'll also be able to carry more gear, but the cloth will fray if it's exposed to metal, so you'll need to leave your sword behind."
—Ora

Running makes no noise and two Distraction Items can be carried, however, there is no room for a sword. 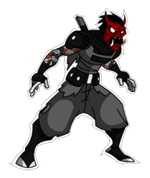 "This uniform has been infused with powder from the Oni Reed; you'll have less room for equipment, but your enemies will be far more likely to panic at your approach. Oh, and the mask? That's just for effect."
—Ora

Enemies witnessing Stealth Kills become terrified, as do those that discover a dead body, however, you cannot equip any Distraction Items. 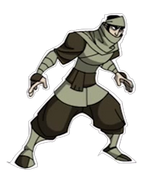 "I always left my sword behind; too messy, too bulky. Better to get in and out without a trace, and if I had to take someone down, well, we did spend all that time training in jujitsu takedowns. With no sword, I had more space for other equipment, and since I never received the mark, I didn't mind a little extra gear."
—Dosan

You have a non-lethal takedown and can carry more of each of your items, however, you have no sword, you cannot use Farsight, and Focus will not stop time.

Retrieved from "https://markoftheninja.fandom.com/wiki/Costumes?oldid=6210"
Community content is available under CC-BY-SA unless otherwise noted.